1995 Saab-Scania was divided into two independent companies, Scania AB and Saab AB, to broaden ownership in the two companies. With the formation of Novare Kapital, Investor launched its venture capital business and laid the future foundation for its Private Equity Investments business area. This involved gradually increasing exposure to unlisted growth companies in the technology and healthcare sectors in the United States, Northern Europe and Asia.

"Operations are gradually becoming more internationally focused. With offices staffed by qualified analysts in Hong Kong, London, New York and Stockholm, Investor can now more effectively follow developments in the world markets. This gives us a better opportunity to enhance our ability as a long-term investor in an international perspective and to identify the growth companies of tomorrow".

Peter Wallenberg, Chair of the Board, 1995

1996 Investor sold 55 percent of its holding in Scania and the company was listed on the Stockholm and New York stock exchanges. In connection with a refinancing of Saab Automobile, an option agreement was reached between Investor and GM to regulate long-term ownership in the company.

1997 Investor's holding in TV4 Sweden was sold to the Finnish newspaper group Aamulehti. Investor participated in the merger between OM and the Stockholm Stock Exchange and in the formation of the new SEB group through the merger between S-E-Banken and Trygg-Hansa. Percy Barnevik was elected Investor's chairman. 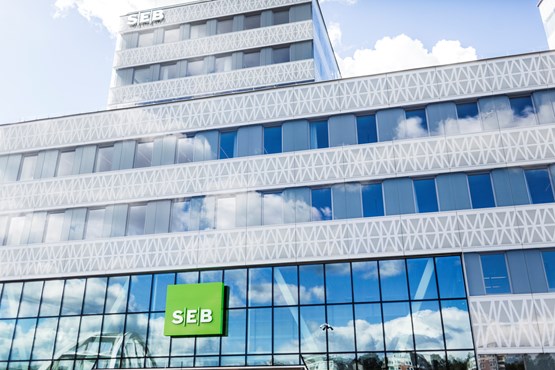 1998 British Aerospace became part-owner of Saab AB and Saab was listed. Stora Enso was formed through a merger between STORA and Enso. A merger was proposed between Astra and Zeneca. The year that Marcus ("Husky") Wallenberg was appointed President and CEO.

1999 Investor reached an agreement with Volvo to sell its entire holding in Scania, but the EU's competition authority did not approve the deal. The merger between Astra and Zeneca was completed and Saab AB made a bid for Celsius.

2000 Investor sold shares in Scania to Volkswagen AG. Investor made a number of investments in new technology companies, such as imGO in China. 3 Scandinavia, co-owned with Hong Kong-based Hutchison Whampoa, was started in 2000 when the company was granted one of four 3G licenses in Sweden. The share of unlisted holdings in Investor's portfolio was 5 percent at this time. 2001 Investor increased its ownership in Ericsson and SEB and sold its holdings in Stora Enso, SKF and SAS in a share swap arrangement with the Wallenberg foundations.

2003 Investor subscribed for its pro-rata share of ABB's new rights issue and sold its entire holding in Volvo. The Investor Growth Capital holding Tessera Technologies was listed on the Nasdaq exchange. 3 Scandinavia started to offer 3G services in Denmark and Sweden, and was awarded a license for the Norwegian mobile market.

2004 Investor sold part of its holding in AstraZeneca and strengthened its position in Scania. 3 Scandinavia established itself as the leading 3G operator in the region with 350,000 subscribers.

Apply for our internship here